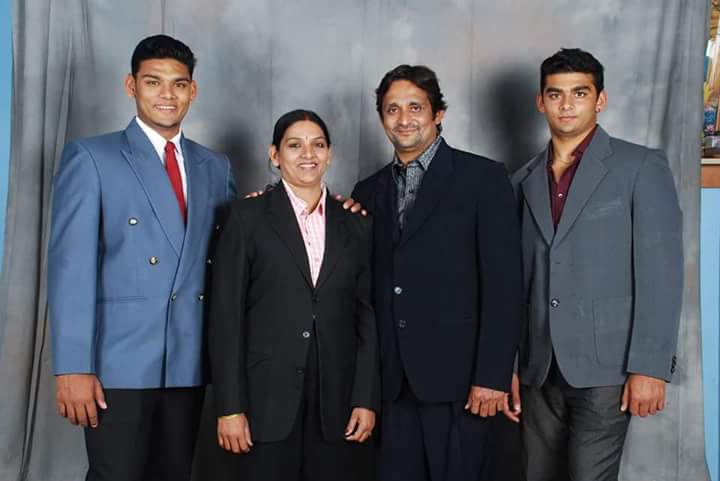 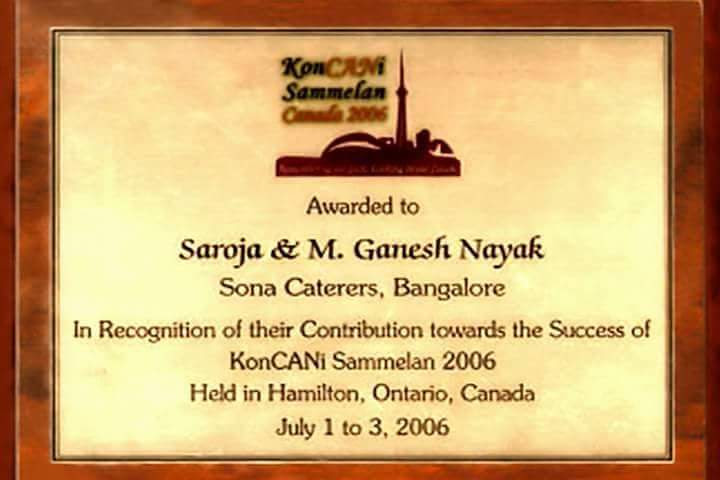 Achievements starts in the year of 1995

Sona Caterers in Bengaluru has earned a special name and fame for satisfying crave of people for Tulunadu dishes. Karavali people who are residing in Bengaluru will first remember Sona Caterers to cherish themselves with the taste of their native place. Even Bengaluru people have developed a passion for South Canara foods just because of Sona Caterers. The main person behind Sona Caterers is Ganesh Nayak who faced all the challenges on his way of developing hotel business, and emerged as winner.

The taste of Sona Caterers has reached foreign countries also, and foreigners have become great admirers of South Canara dishes through Ganesh Nayak. Ganesh Nayak’s specialization in offering delicious taste of South Canara dishes to people has made him very successful in hotel business. His task of providing happiness to the mouth and minds of people made him the shining star in food world. Every achievement most of the times has its root in childhood. Ganesh Nayak also learnt major portion of business skill in his early years from his father Chandrashekhar Nayak. The native place of Ganesh Nayak is Mangaluru. His father late Chandrashekhar Nayak was selling chakkuli and other snack items for livelihood. Ganesh Nayak joined his father’s business at a young age, and he gradually became well versed in the dealings of business. He started a sales shop of home products prepared from clean coconut oil with the cooperation of prominent businessmen like Attur B. Vasudev Prabhu, Kumble Ananth Krishna Prabhu, M. V. Kamath and Basti Vaman Shenoy.

Ganesh Nayak made huge profit from his business. Inspired by the success in his business, he increased his working skills to do something more. This led to his involvement in catering service which ultimately gave birth to Sona Caterers in 1995. An honour is the proof of exceptional achievement. Similarly, Ganesh Nayak’s extraordinary service in hotel business has earned him title of ‘Quality with taste, Service with smile’.